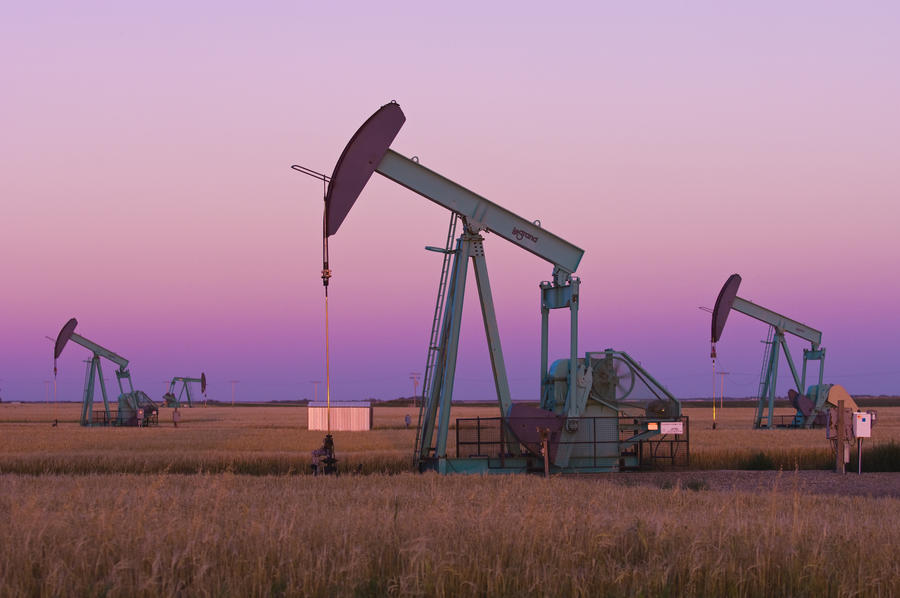 I will never forget the day it happened; I do not remember the date, but what I heard that day changed my career forever. I was a young man working for one of the largest oilfield service companies in the world. My responsibilities at that time included all technical services in the Permian Basin.

A big meeting was called at the Ivory Tower in Dallas to discuss and review our product performance and ideas for improvement. Each area in the US was to give a presentation, and I was the guy from the Permian. I was excited. Here was an opportunity to show all of the VPs and the President that our product performance was trailing our competitors. Here was the way forward to becoming the best and the number one company in the US and, therefore, in the world. Understand this was before PC’s, email, cell phones, well actually, it was even before fax machines! I spent a tremendous amount of time reviewing performance data and several yellow legal pads of compiled data. I carefully weaved my narrative, not to sound overly negative, and made my slides to be shown on an overhead projector. (Google overhead projector if needed)! The big day came and in front of 60 people, I killed my presentation. I was so proud of myself. I ended the presentation by showing how we could become number one in the industry. Then it happened. The President stood at the podium and complimented me on my presentation and the amount of data I had compiled. Then he spoke the words that will forever be ingrained in me. His words, “our goal is not to become number one in the industry, our goal is to have the highest ROI within Dresser Industries”. I was stunned, shocked, shaken, even mad, but mostly what I felt was embarrassment, not for me, but for my company. Why would any company not want to strive to be number one? Is the highest ROI and becoming number one mutually exclusive?
I was young and did not understand.
Today, I am old, and still don’t understand that line of reasoning. What I did understand that day, and I understand even more so today, I never ever again will be associated with a company that does not desire to be the best, to grow, to be number one.

I think about that day every now and then, especially as I observe companies that thrive and grow and companies that seem to plateau and tail off. What is the difference? What separates the two? What do successful companies have in common? What did the dog companies that are no longer in existence (Dresser Industries) have in common? Is it technology, access to capital, the people?
Technology is undoubtedly a large piece. This is obvious when we look at drilling rigs. The market moved from vertical wells to horizontal wells at a deafening pace.
As late as 2014 in the Permian, vertical wells still represented nearly 75% of all active rigs. 1000hp rigs with three pumps were the technology of the day. Today the market is >95% horizontal wells and overwhelmingly simultaneous pad drilling.
Today’s market is for the new technology “high spec” rigs making 1000hp dinosaurs. The drilling contractors that did not adapt to the new technology went the way of the buggy whip manufacturers.
Directional Companies are another example. Early in my career, the market for onshore directional companies was a few deviated wells, mainly vertical well sidetracks. The technology was a little bit of science, a little bit of an art form and, yes, a little bit of voodoo. It was much more about the DD than the technology.
The market then shifted to vertical wells using straight-hole motors. Today the market is horizontal drilling with rotary steerable, complex guidance, and sophisticated well planning. The small directional companies of the 1980’s are gone.
They refused to believe the market would change and technology overran them. The directional drillers of that era, and every geographic market had some “legendary” DD’s, were gone; they refused to adapt to “those newfangled ways.”
We have even seen the same technological advances in drilling fluids. The path is clear when it comes to technology. If companies do not continue to innovate and develop new technologies to an ever-changing market, they drink poison daily. They will die a slow death or, at best, become a niche player.
It takes money for a company to develop and deploy new technology and grow the business. Therefore, access to capital is enormous. Unfortunately, too many “mom and pops” are undercapitalized from the beginning. Many oilfield service companies started during one of the many downturns.
An employee lost their job due to downsizing and could not find another job, so he or she started their own company.
Undercapitalized, but the timing in retrospect was good, and the oilfield rebounded. In a few years, it turned into an excellent little business, at least good enough for the lifestyle they wanted, so the organization plateaued. After the first few years reinvesting and growing was not the desire of ownership. Their desire turned to lake houses, ranches, racehorses, and airplanes. For ownership, that was great; for the working person… let’s just say that’s not where I want to be.
Private Equity can be a source of capital, but so can Shark Tank. PE and Shark Tank will provide money and management. In return, you give up control of your company; therefore, you have no control over your future. PE’s goal is to build the company and then sell or flip it. The Private Equity model for Oilfield Services (OFS) is to buy several companies, merge them, and take them public.
Right now, there is not an appetite for an OFS IPO. These companies are in a holding pattern with no IPO on the horizon. PE is reluctant to continue to invest working capital, so the goal becomes “forget about the cheese, just get me out of this trap.” Again, the purpose of PE is never to be the best and biggest; the goal is to flip and make money. Not a bad model if you are a part of ownership and get to share in the profits, but for the working person, that’s not where I want to be.

Where I really see a differentiation between companies is the people, with a slight caveat. There are good people at many different companies, but the key to great companies is to have good people in management and throughout the company. I cannot stress this enough… It all starts at the top. First, the CEO has to have a dream, a vision, and a desire to be the best. Next, they must be able to communicate that vision and build a team that believes and shares in that vision. Finally, they must be able to attract the talent to execute the plan.
The successful company understands technology’s role and is willing to be proactive with product development in a dynamic market. The successful company has to share the vision, and the results, with the capital markets to attract the investment necessary to be on the leading edge of technology, supply the inventory and fund the growth. The successful company relentlessly focuses on their customers, listens to what they say, what they need to be successful, and understands the role that OFS plays in that dynamic. Fearless in pursuing excellence, not satisfied with mediocrity, and not afraid to be the biggest and the best. That is what I want at the top of an organization.
We have all seen companies that started with that business model but lost their desire to be the best somewhere along the way. Look no further than the most prominent service companies in the oilfield. They may still be significant, but the best, that’s debatable.
Their vision and customer focus seem to be waning. I don’t see the fire in the belly of their employees that I saw 20 years ago. However, their international presence is saving them and “bigness” has overcome them.

CES was founded by three men that were tired of the “bigness.” They had the dream, the vision of being the best, and were not afraid of pursuing it. Four years ago, at an investor conference, our CEO was making a presentation in front of a group of investors and said, “after we first formed the company, we realized we could only drink so much beer and play so much hockey, so we decided to become a technology-driven company.” While a very well-accepted humorous line, it shows that from the beginning, CES was not going to settle for just being an excellent little local niche company. They had a vision, and they shared this vision with the capital markets, investors came on board, and we became a public company.
Ken Zinger and Tom Simons (two of our founders) remained as COO and CEO. This infusion of capital funded our investment in technology and growth, and AES was born. Their vision was to grow the company but keep the “entrepreneurial small company” attitude. The thought of running a company from the ivory tower was contrary to the vision. With this in mind, Richard Baxter was named President of AES with the orders to make AES the premier technical drilling fluids company in the US. Today, with Ken Zinger as CEO of CES and Richard Baxter, President of AES, the vision to be the best still permeates the organization.

To those of you in the AES family, I know you have options and opportunities with other organizations, but I choose to be here just like you. I decided to be here because I believe in the vision of Mr. Zinger and Mr. Baxter. I believe in the commitment they have to be the best. I believe in our team they have assembled. I think every one of you in the AES family also shares that vision. I refuse to “trade time for money”; I refuse to be associated with a company that suffers from illusions of adequacy. If we pour our heart and soul out for a company, I expect my company to match that fire deep down inside us. I WILL be a part of a company that strives to be the best and grow to the biggest…….. or don’t waste my time. We will never hear the words come out of Richard Baxter’s mouth that our goal at AES is to have the best ROI in CES.